What is Calabaza en Tacha

Mexican pumpkin dessert or calabaza en tacha is pumpkin slowly simmered in a large pot with aromatic spices and a piloncillo syrup.

It’s served warm or at room temperature. Some people, like me, love to drizzle evaporated milk over the pieces of pumpkin. It makes a delectable treat.

It’s truly an easy recipe in which you can use the whole pumpkin, and one of my favorite ways to enjoy pumpkin season. I think you’ll love it too!

(By the way this is also how I love to make my Mexican candied sweet potatoes. Get that recipe here.)

Pumpkin or Calabazas as Part of Day of The Dead Altars

Calabaza en tacha, or Mexican candied pumpkin, is a seasonal sweet that forms part of the traditional food of Día de Muertos.

Day of the Dead is celebrated from the 30th of October to the 2nd of November every year. It’s a very special holiday and among the most important cultural heritages of Mexico.

Dia De Los Muertos is a day meant for honoring, celebrating and remembering loved ones no longer on this Earth.

If you want learn more about this important Mexican holiday read more about it here.

These items all have special significance and are called ofrendas, literally, offerings.

Pumpkins (along with corn, beans and chilies) were highly prized staples of the indigenous diet. They were always included in ceremonies and festivities.

Needless to say, calabazas are still included in the altars even today.

The most traditional ingredients for this Mexican pumpkin recipe are quite simple.

This great recipe includes those plus a few other spices to give it a deeper aromatic flavor and scent. For me it gives it a slightly more autumnal smell and tastes.

Though not traditional, it is my own special way cooking pumpkin for the Day of the Dead celebration in my home. I love it like this, but you are free to omit what you don’t want to use.

As I previously mentioned not all the spices are traditional to the recipe or even typical Mexican cuisine. Particularly the cardamom. It’s a personal choice if you too would like to add it or not.

Some people call star anise, anise star. There are people that prefer to use orange zest instead of large orange peel pieces. Again up to you.

If you don’t have access to piloncillo you can substitute it with brown sugar and molasses.

Is This Recipe Vegan

If you use vegan evaporated milk or swap that for your favorite plant based milk, then yes!

Otherwise the use of regular evaporated milk makes this recipe vegetarian.

What Types of Pumpkin to Use

In Mexico traditionally we use calabaza de castilla or castile pumpkin.

But you can use any kind of pumpkin you’d like. As long as it’s fresh pumpkins you’re good. I’ve previously used the same type of pumpkin used to make jack o’lanterns as well as red kuri pumpkins. Both with delicious results.

Other ones you can use are cinderella pumpkin and sugar pumpkins.

Once you’ve chosen the pumpkin you’d like to use, simply cut it into even large pieces — not too big, they need to fit comfortably in a large pot. You can cut in any shape you’d like. Some people like larger slices and others smaller ones. It’s up to you.

One thing for sure is that you don’t have to either peel nor remove the pumpkin seeds. Leave it all in there if you’d like. The seeds are edible.

How to Make Calabaza en Tacha or Mexican Candied Pumpkin

The pumpkin was cooked in the same caldrons, or tachas, that were used for processing the sugar from the harvested sugar cane. Those sweet molasses residues were what helped sweetened the pumpkins.

The pumpkins were then simmered alongside other fruits and spices. This would become the calabaza en tacha we still know and love today.

Modern day calabaza en tacha recipes vary from family to family and across the many regions of Mexico.

We could say that each family adapts the recipe to their liking, and that is exactly what I have done, adapted it to my liking.

The simpler, more traditional recipes will typically only use pumpkin, water, piloncillo, orange juice or peel, and cinnamon. Some will also add cloves and perhaps some guavas.

Below are some more additional ways to cook pumpkin and give it that Mexican touch.

How to Make This Mexican Pumpkin Recipe

The first step is to thoroughly clean the pumpkin you’ll be using. Then cut it into even sized pieces — remember you can leave the pumpkin seeds.

In a large pot pour in the cups water then add the piloncillo, orange peel, and all of the spices.

Bring to a boil and stir often to help break down the piloncillo. Make sure the piloncillo has dissolved into the water. Then add the pumpkin pieces flesh down.

Cover and cook until the pumpkin is fork tender. You should also flip the pieces to make sure they all get covered with the spiced syrup.

To make the thick syrup to drizzle over the pumpkin. Carefully remove the pumpkin pieces as well as the cinnamon and if you can the other small whole spices. Simmer until the liquid has thickened into the consistency of thick syrup.

How to Serve Calabaza en Tacha or Mexican Pumpkin Dessert

Serve a couple of pieces in a small shallow bowl, then drizzle with some of the piloncillo spiced syrup.

Lastly drizzle with room temperature evaporated milk. You could also use warm milk of your choice.

Other Uses for This Pumpkin Dessert

The pumpkin is so incredibly delicious. Since it’s slowly simmered until tender you can use it in other ways instead of eating it as previously mentioned — or it’s a good way to use up any leftovers.

You can cut scrape away the pumpkin flesh from the peel and mash it up to make pumpkin empanadas. Add more spices if you’d like or even some butter would be a nice addition. You can use store bought pie crust or empanada discs if you’d like to save some time.

Another delicious use for this pumpkin would be to make pumpkin puree. Just take into account the spices already added if you’re going to be making pumpkin pie.

You will find that the spices permeate the calabaza slices perfectly to create an aromatic and soothing touch to your senses.

While silky creaminess added by the evaporated milk is the perfect compliment to the sweet and tender Mexican pumpkin recipe.

Then, to finish it off with an extra pop of sweet aromatic flavors, comes the drizzling of the syrup over the slices.

Truly a wonderful treat to not only honor the spirits of our loved ones, but to also enjoy the best of this quintessential fruit of autumn.

My recipe is unconventional due to the addition of some non-traditional Mexican spices. We live in a modern age where international flavors and ingredients influence the different cuisines of the world.

My recipe is Mexican at it’s roots and, much like the traditional Aztec recipe evolved to incorporate foreign flavors, so too has my own. 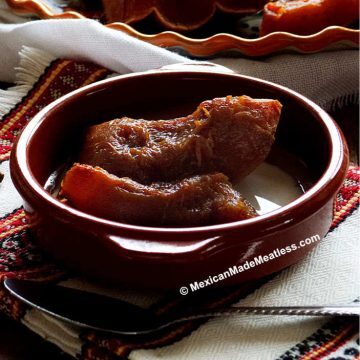 * Some recipes tell you to cut the pumpkin into chunks, as you can see in these pictures I have chosen to leave it in even sized small wedges but for the video I cut into chunks. It’s really up to which way to cut, either works perfectly fine. Additionally the traditional recipes leave the seeds and stringy bits attached to the pumpkin, but I don’t like to. Please know too that different pumpkin varieties will cook at different rates, so keep checking on the pot as it simmers.   **Piloncillo can be found at Latin food markets either under the piloncillo or panela name, the later being the Central and South American name for it. In a pinch you can buy it on Amazon. 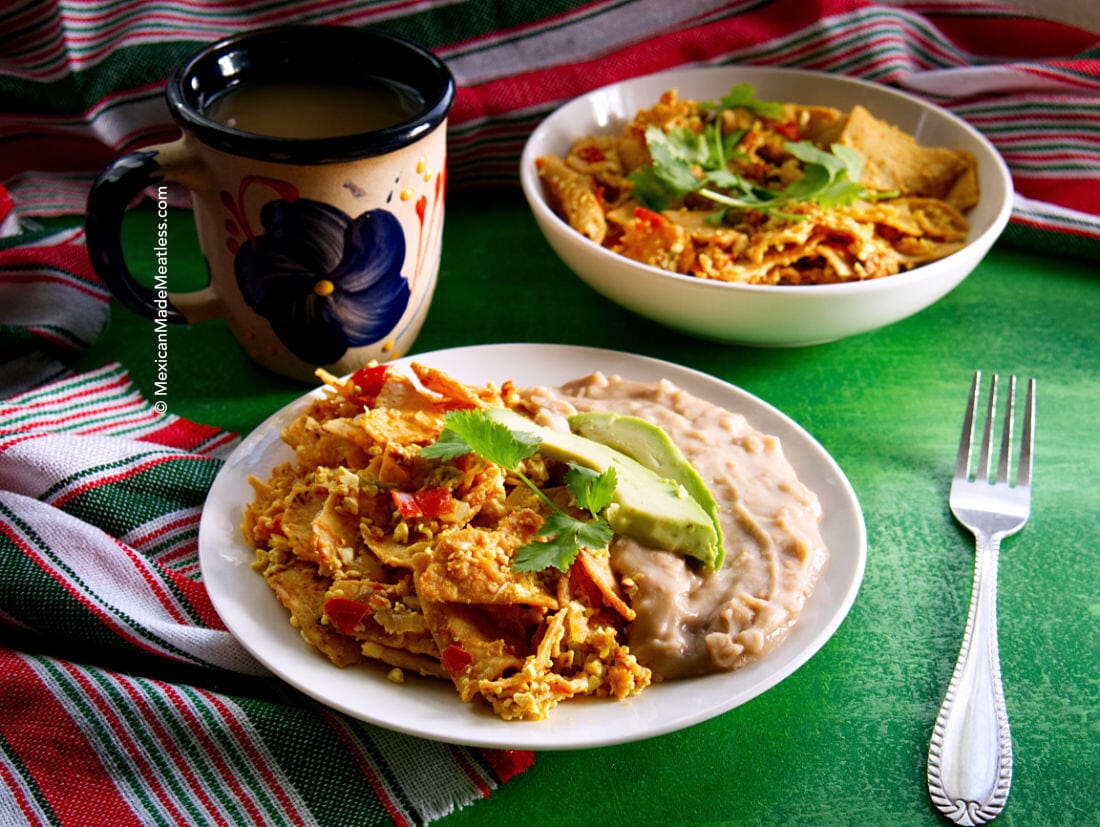 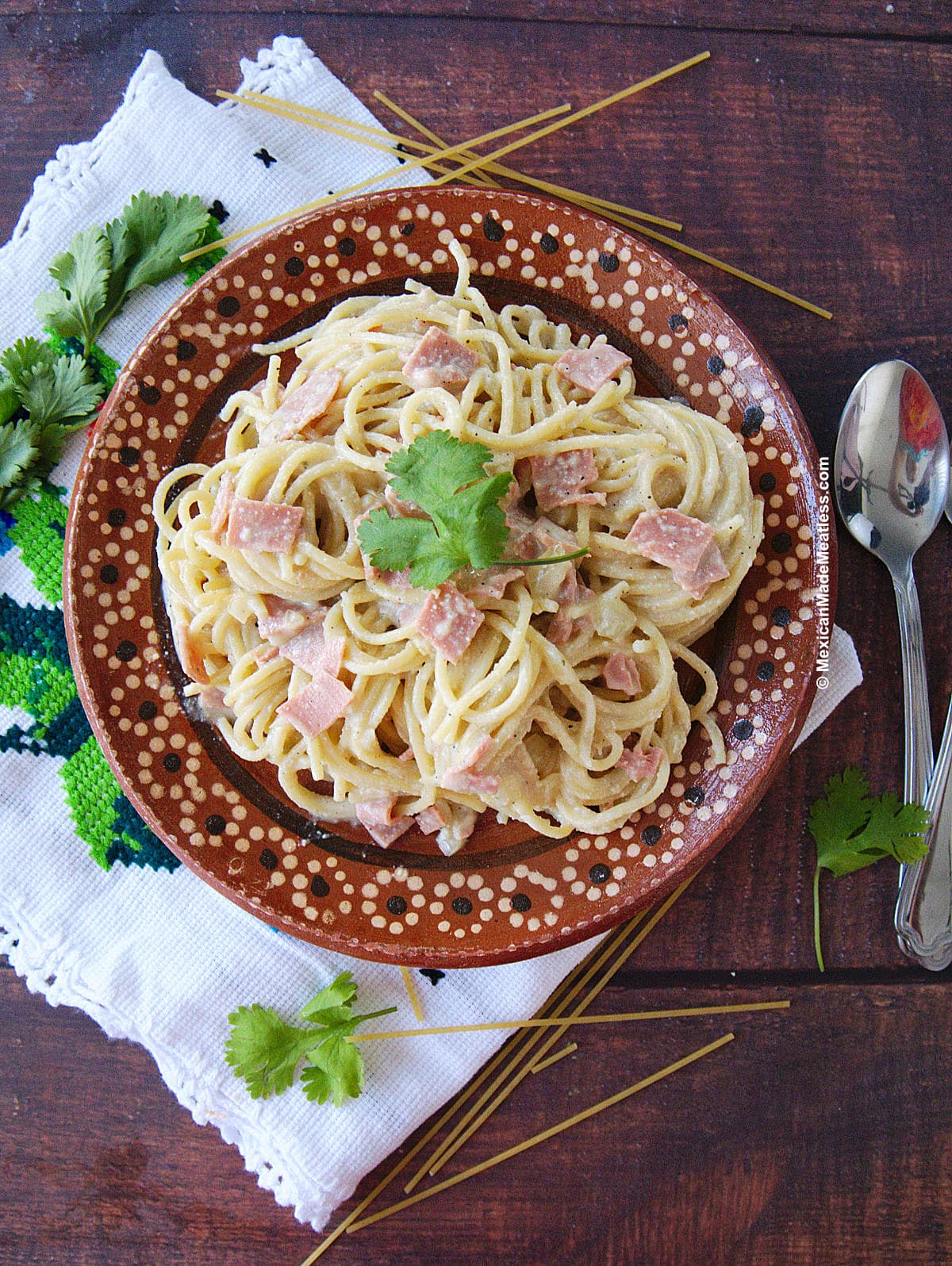 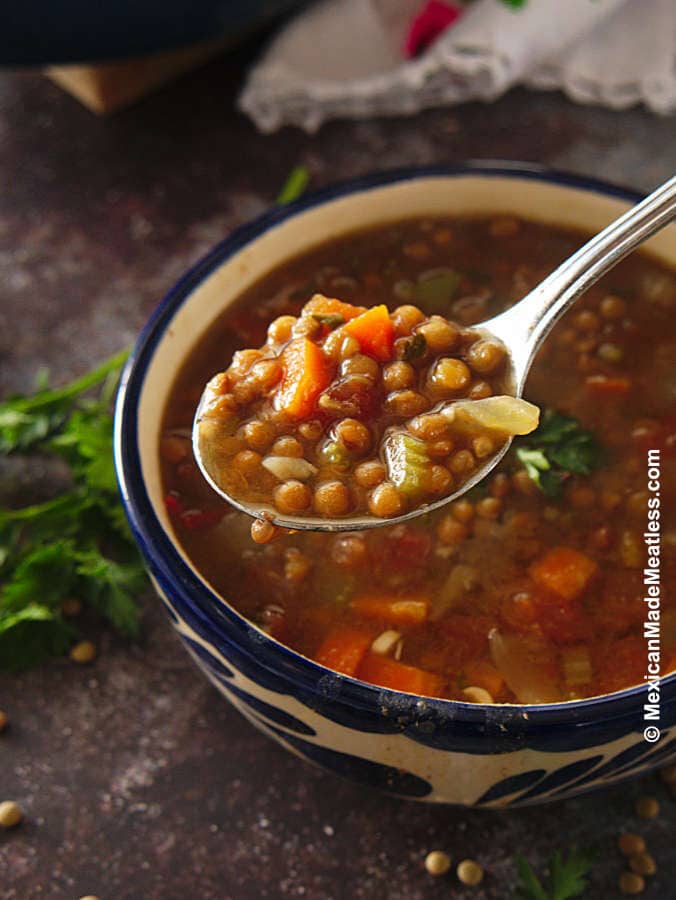 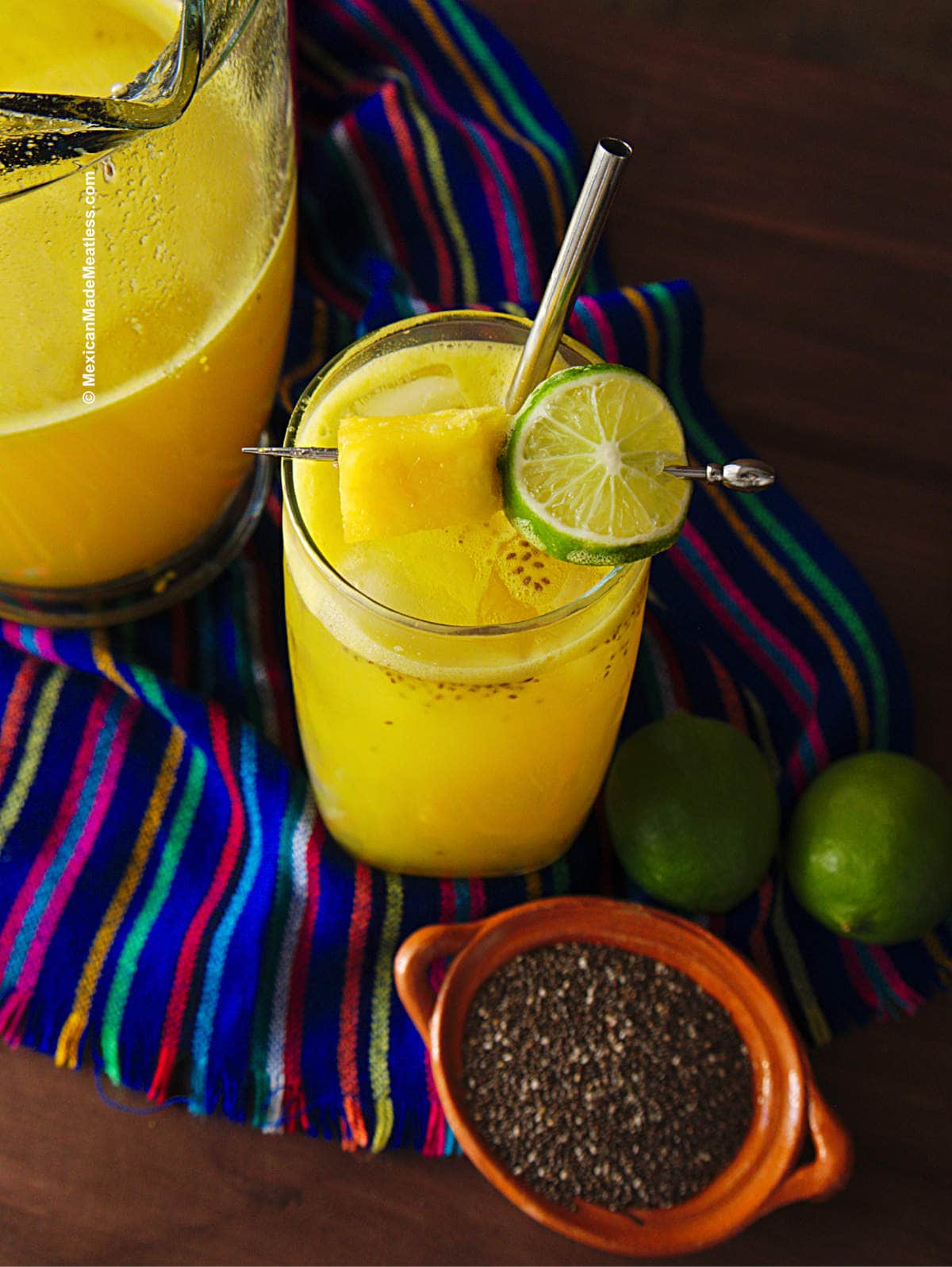 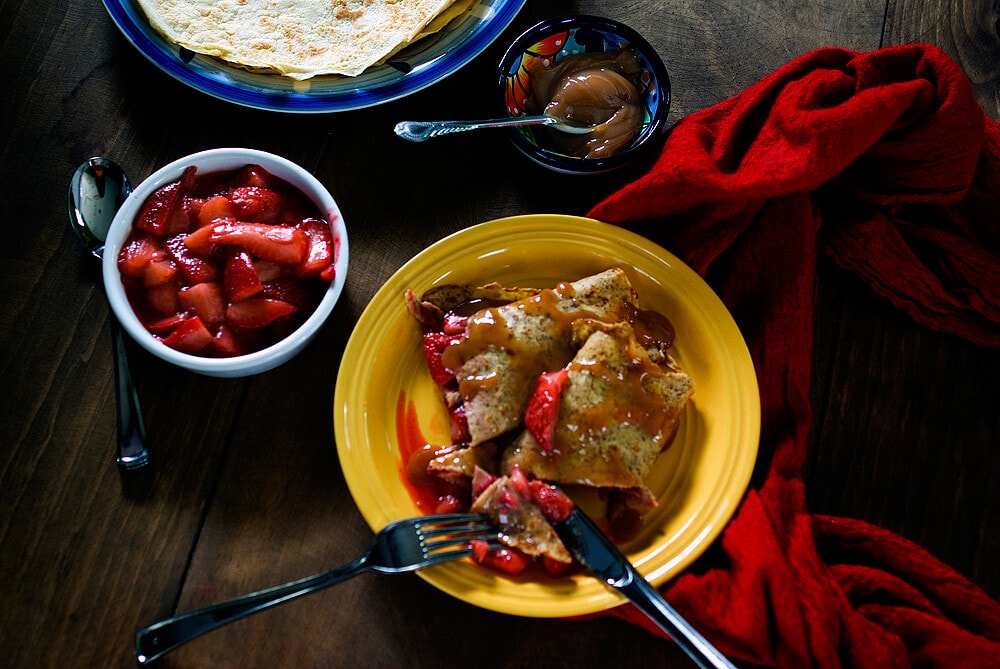 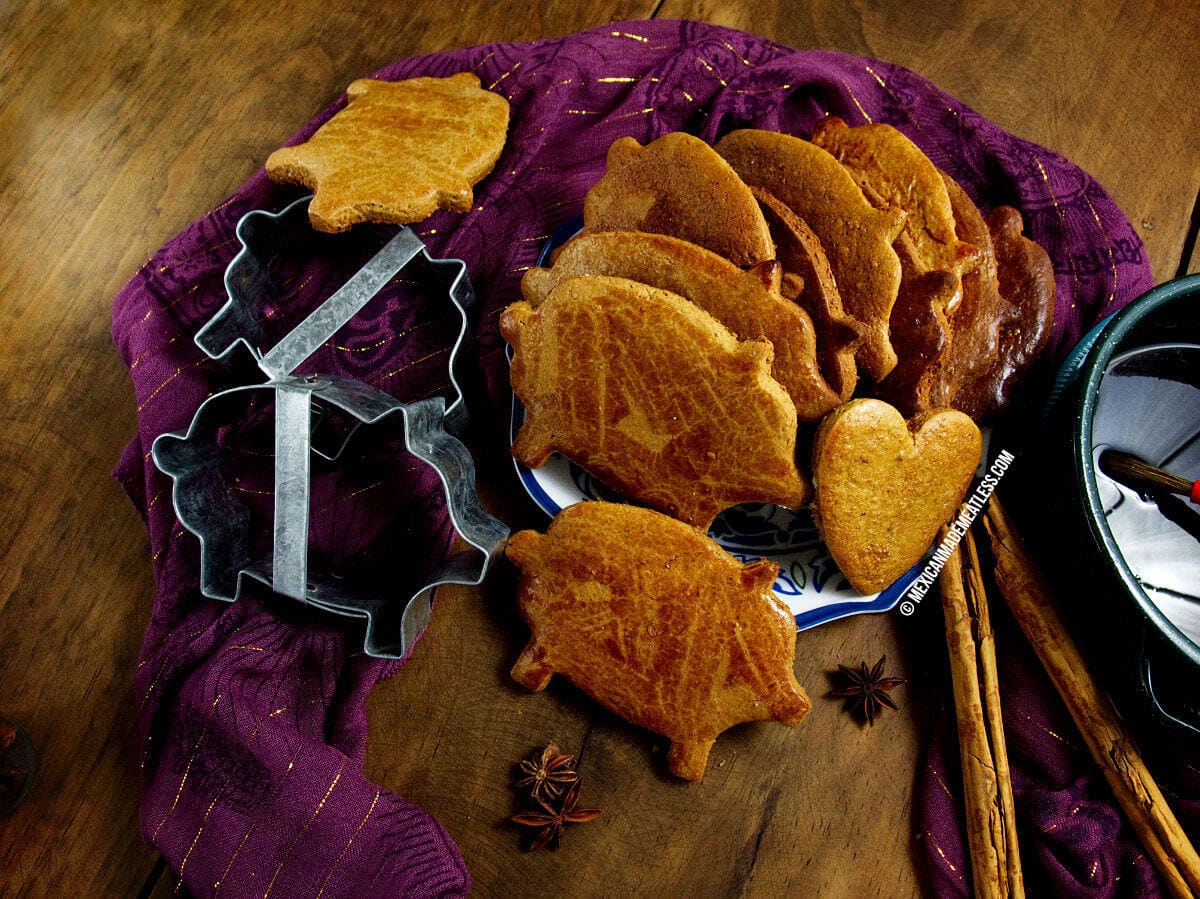