This vegan cotija cheese is easy to make and uses up the pulp from homemade vegan crema. This almond cheese with a Mexican touch is light, slightly tangy, spreadable and crumbly. You’ve got to try it on vegan tacos, tostadas and soups!

Have you tried my vegan crema recipe yet? I really hope you have, but it you haven’t you can find it right here on the blog.

My vegan sour cream recipe is incredibly easy, less expensive than others because it uses almonds and not cashews. To take the savings even further we’re going to make vegan cotija cheese out of the leftover pulp.

You’ll need to first make a batch of the vegan crema, which is delicious by the way. That process begins by soaking the almonds then blanching them to remove their skin. Then they’re blended with water, salt, and cornstarch.

Next the mixture is strained through a fine sieve, squeezing out as much liquid as possible — you could also use a cheesecloth instead. The pulp that’s leftover is the base of this vegan queso recipe. As I mentioned, nothing wasted!

Vegan Crema Recipe click link to get the recipe.

Dairy based cotija cheese is a crumbly, slightly tangy, a bit pungent smelling cheese. It’s not a cheese that melts, but rather used as a topping.

Cotija queso is fantastic as a taco topping, or for enchiladas, tostadas, and soups and stews.

When ever I make my dairy-free crema I always save the pulp so I can make this vegan cotija cheese. I love it and use it just the way I would with regular cotija.

So of course you can’t expect that the vegan version is going to taste like the dairy one. But you can for sure enjoy it just as much.

How to Make Vegan Cotija Cheese

As I previously mentioned, we need to make the vegan crema or homemade vegan almond milk. Then we save the leftover pulp and use it to make the almond cheese.

You’ll only need 3 additional ingredients and they’re simple as well.

Lime juice is going to give this queso it’s tangy flavor. If you don’t have lime juice you can use white vinegar. We don’t need to use a lot of it to achieve the slight tart taste, so be careful not to add too much.

This gives it the savory taste. Traditional cotija tends to be on the salty side, but here you can control just how salty you want it to be.

We want to add a little bit more fat content to the cotija, so a good drizzle of your favorite neutral oil is added.

You can omit this if you’d like, but I do like the flavor and texture it adds to the queso.

Nooch’s flavor is not only cheese-like, but also lends that umami flavor. This is perfect for vegan cheeses.

You can purchase it at any health food store, the vegan isle at your grocery, or there’s also always Amazon.

Once you have the almond pulp and have gathered the remaining ingredients you can beging.

Place the strained almond pulp in a small bowl then spread around with a spoon. Sprinkle in the salt, then the nutritional yeast, oil, and lime juice and mix until well combined.

At this time taste and add more lime juice or salt if desired. If you’re happy with the flavor then you can gather to shape and serve as desired.

If you want to make the queso crumblier then you can take the mixture, spread over a baking sheet and bake.

You’re going to bake until the almond pulp is drier and falls apart easily. The amount of time and your desired texture is completely up to you.

Ok amigos, check out the recipe below. It’s very easy to prepare and at the end of it you’ll have some delicious vegan crema and yummy vegan cheese. 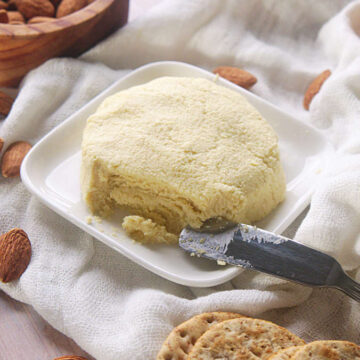 Store leftover in the refrigerator and eat within 7 days.

If you want a bit more flavor to your cotija cheese or rather almond cheese, then you’ve got to try the following.

So sometimes I want more of an almond cheese spread than I do a cotija flavor. So what I do is also save the almond pulp, but I add in other ingredients depending on what I have or am craving.

Pictured here is an almond cheese spread that I mixed with roasted cherry tomatoes and some chopped up padron peppers — you can use shishito instead. I also add a pinch of granulated garlic and some olive oil.

So simply add as much as you’d like and mix until everything is well incorporated. Taste and adjust as desired. Serve with some crunch bread or crackers. Delicious!!

How to Store and Use Your Vegan Cotija Cheese

See wasn’t it super easy to make this queso?

So once you’ve made it and if you don’t finish it all right after making it then you can store in the fridge. It’ll keep fresh for about 7 days.

You can use the queso just like you would any other, but below are some examples. Enjoy! 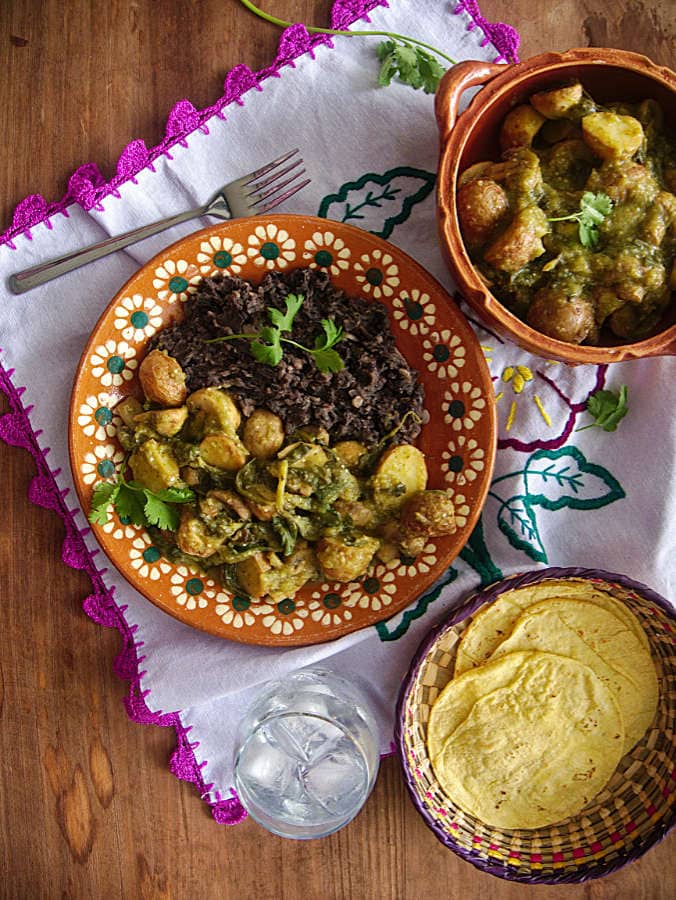 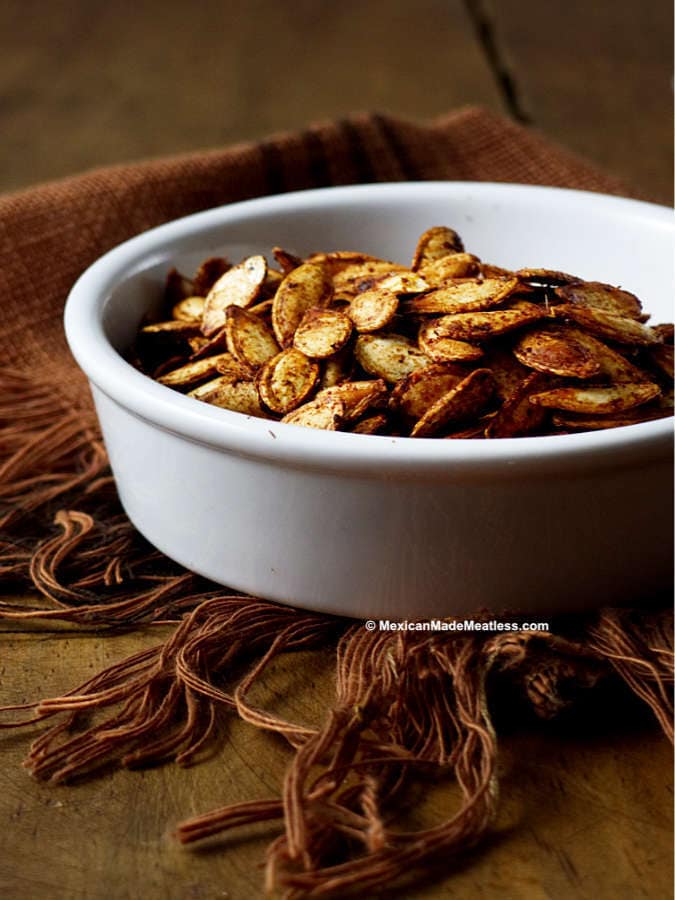 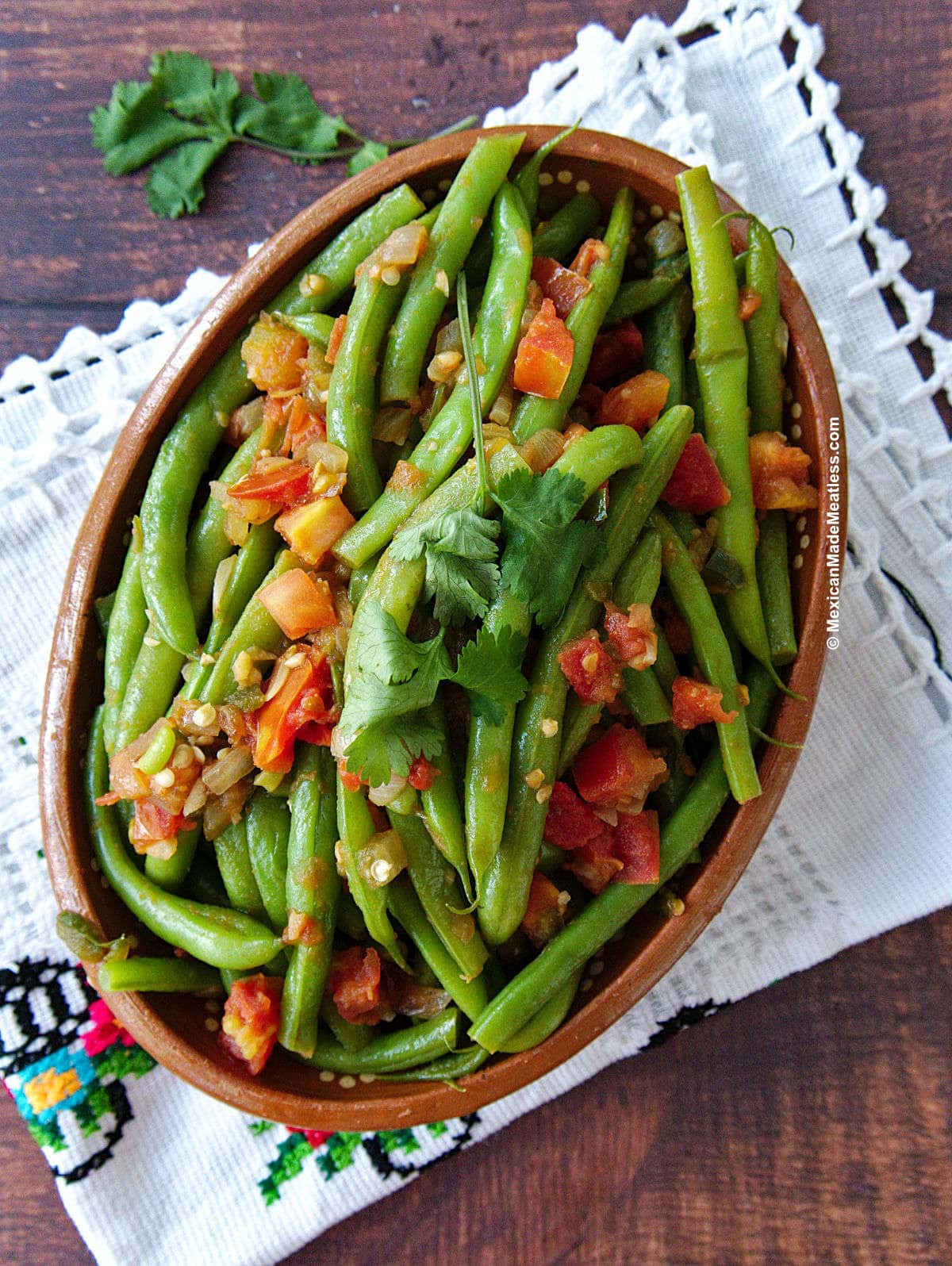 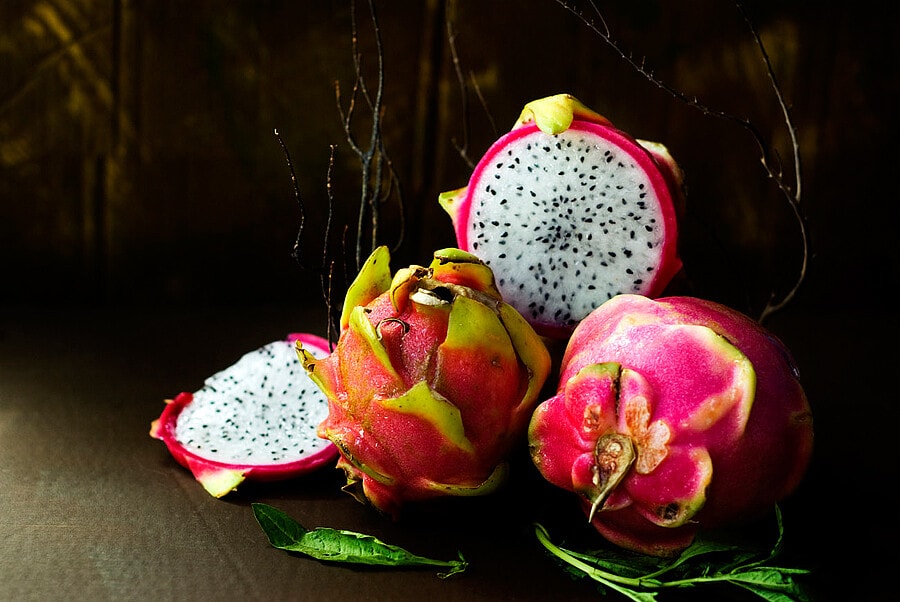 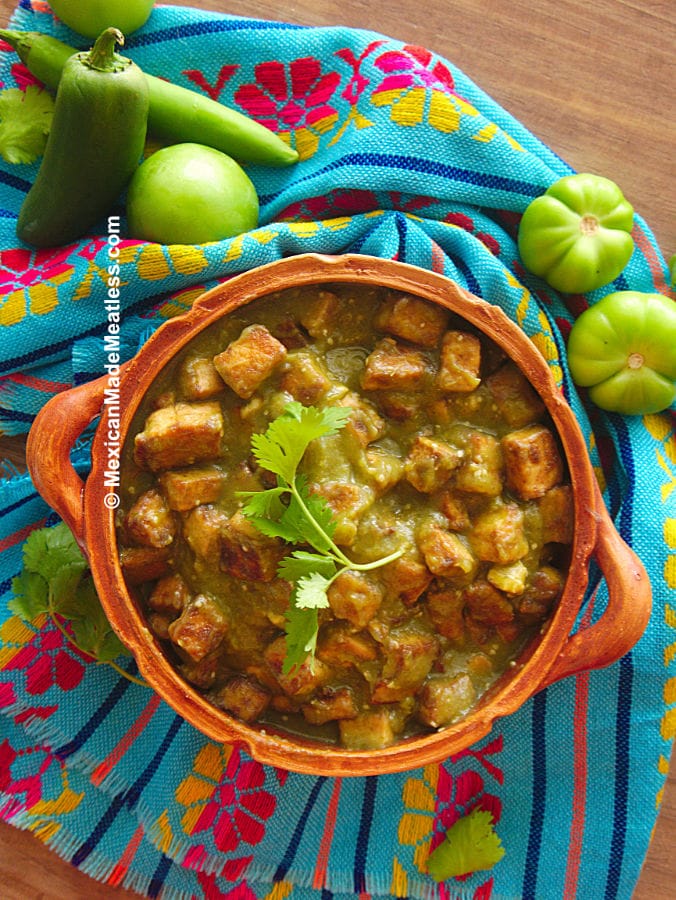 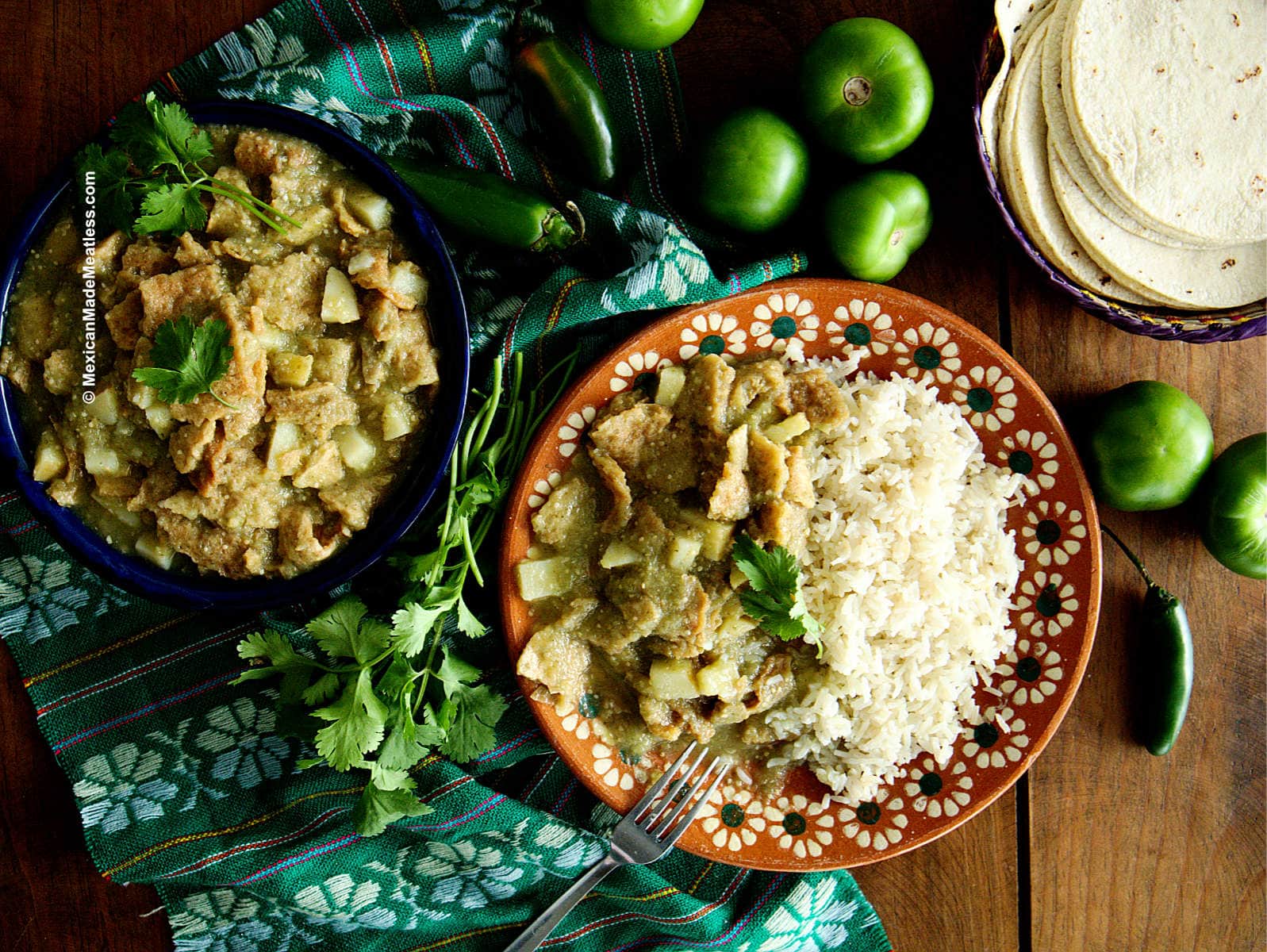