You are here: Home / Breads, Desserts & All Sorts of Sweets / How to Make Cajeta (Easy Mexican Dulce de Leche)

Learn how to make the authentic Mexican cajeta recipe (dulce de leche or milk caramel sauce). This easy slow-cooked recipe is worth every minute.

You’ll love drizzling it over all your favorite desserts!

Cajeta is going to become one of your favorite sweet things in the world!

So what is Cajeta? It’s a sweet thick milk caramel sauce or syrup. In Mexico goat milk is typical used.

The milk is combined with sugar, vanilla, cinnamon, salt and a little baking soda.

In Mexico, this sweet confection is known as cajeta and in other Spanish speaking countries, it is called dulce de leche.

I grew up calling it cajeta so that’s the name I prefer, but I do realize that in some other Spanish speaking Latin American countries the word cajeta is considered to be a not so nice word.

The word cajeta can also mean little wood boxes, and traditionally the cajeta was packaged and stored in wood boxes.

So as you can see it has many different meanings and uses depending on the region or dialect of Spanish. There are several areas in Mexico that claim they invented or that cajeta originated there.

But since the indigenous people did not really consume dairy products, most likely the sweet originated in Spain and brought to Mexico or introduced by the conquistadores.

There are several different types of cajetas. Though if you live outside of an area that produces cajeta, you may only find “regular” cajeta. Sometimes this is also just called cajeta quemada.

Some cajeta recipes will had an alcohol added to the recipe. They can be called “cajeta envinada” or occasionally “cajeta borracha”.

The alcohol used can be either rum or brandy.

A popular brand of cajeta quemada and envinada is Cajeta Coronado.

Ways to Use It

My family uses cajeta as a topping on almost anything we want. My personal favorite is to eat it right off the spoon like peanut butter or Nutella.

One of the most popular ways of eating cajeta, in Mexico, is by spreading it on a piece of bolillo. It’s just like you would spread jelly on a piece of toast. Delicious!

Another of my favorite ways of eating it is on “hot cakes” or pancakes. This is like an American-Mexican fusion treat.

In my family, it was a special treat and the kids went crazy for it. We were lucky too because, after we moved to the States, my mother would buy and bring back plastic tubs from her trips to our hometown.

Recipes to Drizzle it Over

There are many different uses for cajeta and it’s pretty much something to use as you’d like.

How to Make Cajeta

The authentic traditional Mexican recipe for cajeta uses a mix of goat milk and cow milk. And while you may be put off by the goat milk, don’t be.

It’s very similar to cow milk and actually just has a slightly more savory taste to it than “regular” milk.

You won’t be able to differentiate between the two kinds of milk once the cajeta is prepared!

If you skip the goat milk and only use cow milk then it becomes dulce de leche. The taste is different than the traditional Mexican cajeta recipe.

So if you wanted to make the cow milk cajeta recipe simply swap out all of the goat milk in my recipe for regular milk. The remaining cajeta recipe and ingredients would stay the same.

In this case the cajeta would also become dulce de leche. The reason being that condensed milk is made with cow milk.

There are two methods for cajeta or dulce de leche with condensed milk.

You could also use a slow cooker (or crock pot) with the regular cajeta recipe or with the canned condensed milk.

Below is my recipe for my small cajeta portion. But if you have a larger family you could try the larger version.

Either way, these are standard recipes that are used by many people. 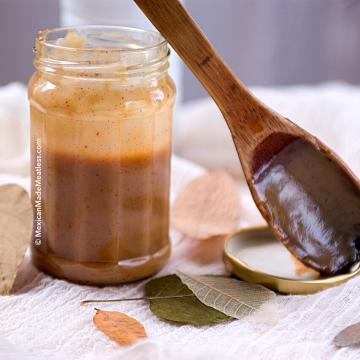 *Whole fat cow milk may be substituted for the goat milk. Or a mixture of half goat milk, half cow milk may also be used. But the cajeta will taste different. ** Ingredients To Make a Larger Portion
Large Portion Ingredients: 2 quarts or 1.90-liter goat milk
2 cups white sugar
1 tbsp vanilla extract or ¾ tsp bourbon vanilla powder
one Mexican cinnamon stick (ceylon cinnamon)
pinch salt
1 tsp. baking soda
2 tbsp whole fat cow milk ***The process is the same whether making the small or large version. The only difference is that it may take a bit longer for the larger version. (P.S. I forgot to include the cinnamon stick in the ingredients photo. Oops!)

As you can see, though it will give your arms a workout and you must be patient, making cajeta at home really isn’t complicated at all.

It’s so worth the effort and way better than the stuff available at the grocery store.

Now if you live in a place where you can get it locally made, then maybe just make cajeta once so you say you’ve done it, then support the local artisans. 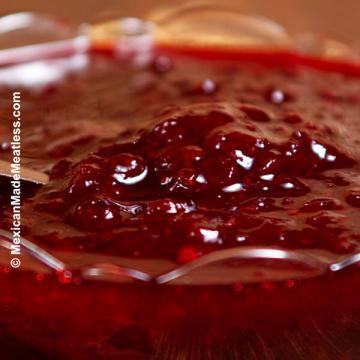 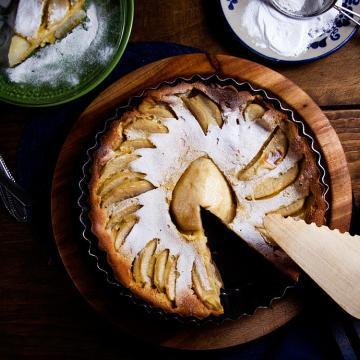 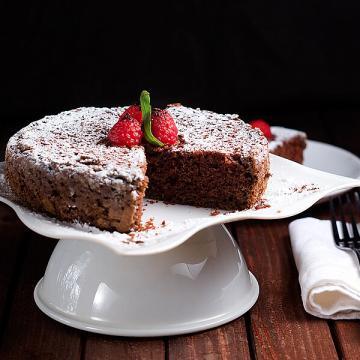 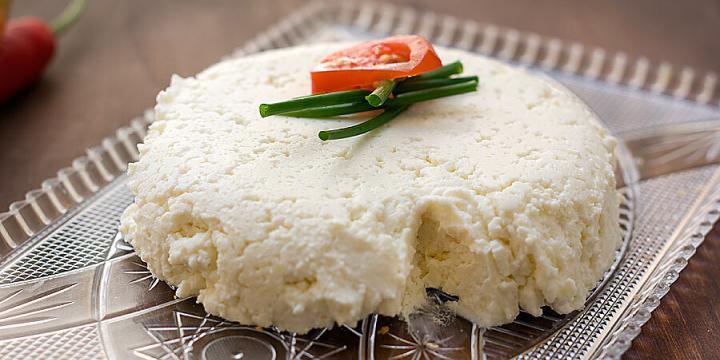 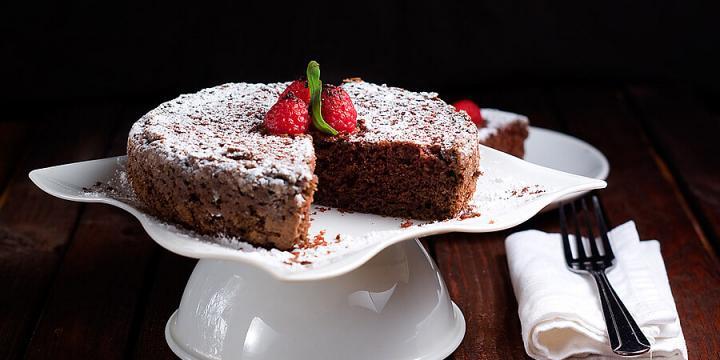 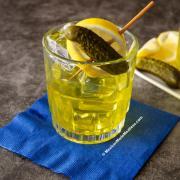 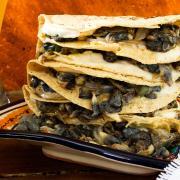 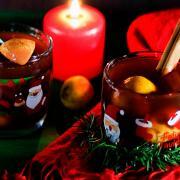