Four years ago my husband and I decide to go from heavy carnivores to pescetarians.

Fast forward to today and I can say that currently I am 99.9% vegetarian and vegan. That percentage may seem odd but in my wholehearted truth, I won’t lie about the fact that maybe once every couple or several months, I’ll have some shrimp when we go out to eat or order in. That alone is the only reason why I still have to say that I’m a Pescetarian.

At home, I always eat 100% vegetarian or vegan.

Being that I live in a smallish city in Mexico the choices for vegetarian and vegan restaurants are virtually non-existing. Sometimes occasions occur when you’re out and about and have to stop to eat but the eateries you find don’t have any vegetarian options…or also one can only eat so many quesadillas, and I oftentimes get bored of cheese.

Keeping with my honest truth, in these past 4 years, I started losing my taste for fish and as more and more time passes I’m losing my taste even for the occasional shrimp too. Whenever we stop somewhere to look at a menu I always check for vegetarian options, on those thankful occasions I, of course, eat whatever those options may be.

Four years later, when I reflect on my journey I think it really wasn’t a big deal, and though I now genuinely believe that anyone can make the lifestyle change, years ago I thought it more difficult to make a full transition into a meatless lifestyle.

About 8 years ago I wrote an article I titled “This Carnivore’s Guilt”, but for some reason, I never published it on my old blog. I’m not really sure why I didn’t. But I want to share it with you today in the hopes that it may help anyone considering making the transition from carnivore to pescetarian or vegetarian or vegan.

I have planned many articles in which I want to share tips, stories and even answer some questions you may have. But today we’ll begin with this article. Please let it serve as a sample of someone that struggled for many years and eventually reached their dream of getting one step closer to becoming a full-time vegan.

It’s a work in progress, no one is perfect, and let’s not allow those imperfect moments to prevent us from continuing our journeys. No matter where we currently are.

I wrote the following about 8 years ago, it was my inner struggle at the time. When I wrote this I was living in Europe in a country where meat was part of every single meal. I of course, no longer have these feelings but wanted to share these thoughts with you in hopes of inspiring just one person to make the change.

Though we love to eat vegetarian meals, neither my husband nor I, are fulltime vegetarians. I make sure that every couple of days we eat either a vegetarian or vegan dinner. I also try not to serve meat with every meal and strive for a limit of one meat portion a day. We don’t eat like this to be fashionable, but simply because we truly enjoy meatless meals.

Several times over the past few years I have contemplated with the idea of becoming a full-time vegetarian. It’s my guilt of consuming animals, and in so contributing to the horrible treatment of them, that drives my contemplation. But at the same time, and not to sound like a hypocrite, I do enjoy meaty meals as much as meatless ones. This dilemma is what I call my carnivore’s guilt.

Let’s Educate Ourselves on Commercial Farming

There are countless documentaries and news reports that have spoken about the cruelty that both the poor animals and workers are subjected to, mostly by large corporations. It never fails to enrage, depress, and leave me feeling guilty. I say that as my protest I will stop eating meat. There have been several instances where I have stopped eating meat or attempted a vegetarian lifestyle. Sadly it has never lasted more than a consecutive week or two, and I go back to eating meat.

The reason why I go back to eating meat hasn’t been because of missing the taste, I think it would take more than a couple of weeks for that to happen. It’s because I haven’t been able to properly learn how to replace the animal protein, nutrients, and vitamins with vegetarian options.

This limited knowledge and inability to control my hypoglycemia, usually end up driving me nuts with the planning and executing of proper nutrition of a vegetarian diet.

In my house, we go through periods, particularly in the winter, when we eat too many meaty dinners. But even during those periods, I realize that as much meat as that might seem, it is just a drop compared to how many animals are processed for consumption every day. So if I did become a full-time vegetarian would it even matter in the grand scheme of things? This statement sounds like I’m giving up, I’m not.

My husband is also disgusted by the treatment of the animals and meat industry workers. We’ve had countless discussions about all sides of this issue, and though we agree he doesn’t share my interest in a vegetarian lifestyle. As a teenager, he went hunting and also worked at a butcher shop and visited a slaughterhouse on several occasions.

He knows exactly what happens to the animals before they are delivered to butchers and neatly packaged for consumers. The stories he has told me make my skin crawl. But you know what, I’m glad he has shared them with me because now I have a better understanding of what really happens and greatly question if I want to continue contributing to it.

I strongly feel that we should all be well informed as to what takes places on large commercial farms, and how the animal/meat gets to that neatly hygienic package at our grocery stores. I think if more people knew what really happens we could all fight for change, improvement of working conditions, and a more humane way of slaughtering animals. (Is that a contradiction?)

I really hope that humans soon get to a stage in our history when we replace animal protein with equal quality and healthy synthetic protein — I would switch in a heartbeat. But until we do, we all need to fight for better conditions for animals; whether that means eating less meat or going vegetarian.

What About Hunting For Your Own Consumption

At least back before commercial farming people hunted the animals they used for meat consumption. Yes, it still involves the death of animals but it is more humane. The animals weren’t confined to tiny-dark spaces, made to stand in their own filth, fed food they couldn’t even digest, jacked up on antibiotics, bred to have so much flesh that they couldn’t even stand up or take a breath.

A hunted animals death, if done correctly, is quick and more humane plus a lot more work than just running to the store to pick one up for dinner.

Hunting limited the amount of meat people consumed, much unlike today’s endless supply thanks to commercial farming. Nowadays not many people are willing to go out and hunt, slaughter and clean the animals they will be consuming. I don’t think I would be able to and know that I would still feel guilty about eating animals. So hunting is an unrealistic option for nearly all of modern humanity.

What About Organic Farmers

Some of you reading this may be saying, duh, why doesn’t she just buy organic meat? I do, and I also know that organic meat means those animals had (slightly or hopefully) better conditions than the ones at larger corporate farms. My husband and I love to support small local farmers and so try to buy as much locally raised and organic meat.

Even so my guilt of eating meat remains because the animals still had to be farmed and killed for my consumption.

Sadly, I still eat meat and the cycle of wanting to become a vegetarian happens at least every few months, of course, all driven by guilt. See my crazy dilemma? Round and round it goes.

Committing to Small Changes with Hopes for a Vegetarian Future

In the past 6 months, we committed to purchasing organic milk and meats, which is something but hasn’t entirely taken away my guilt.

Unfortunately, if we go out to eat we can’t always control whether the meat is organic or not. Thankfully in Europe, the standards are quite high as to how humanely animals have to be raised and slaughter. Even so, I  have made it a personal mission to make sure we consume less meat. We eat so many delicious vegetarian, even vegan, meals and desserts, without even noticing the missing animal product. My husband has yet to complain or say he rather have meat those days — he loves the meatless meals I serve him. I love that he is so supportive of my ideas and the cause.

In sharing my thoughts, guilt, and opinions, I truly hope that we can all educate ourselves as to what’s really happening.

Who knows maybe in a year I’ll already have made the change into a vegetarian diet…I hope so. I really want to.

Making The Change and Never Going Back

Well, there you have it amigos. Those were my thoughts all those years ago. I’m so happy that I made the change and though it took a while all that matters is now and that I continue on this journey.

Obviously, you’re here because you too are wanting to make the change or have already started your own journey. I’m so happy to be alongside each other doing this.

As I said above, I have many articles planned with very useful things to help us all on our meatless (plant-based) journeys. Please do come back and also share your thoughts, opinions, or requests in the comments below.

Thank you for stopping by, have a beautiful day and be kind to yourself and others. 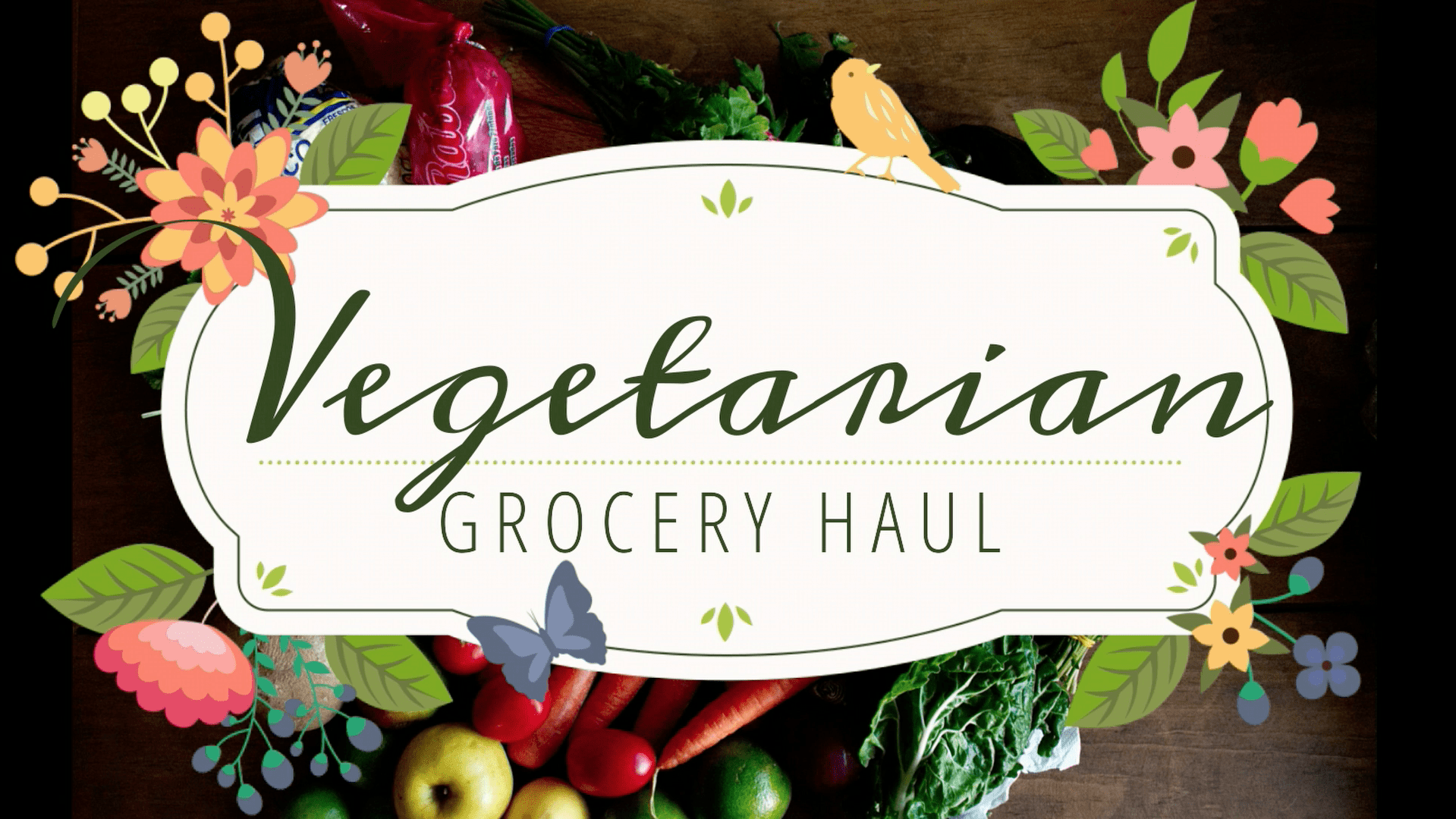 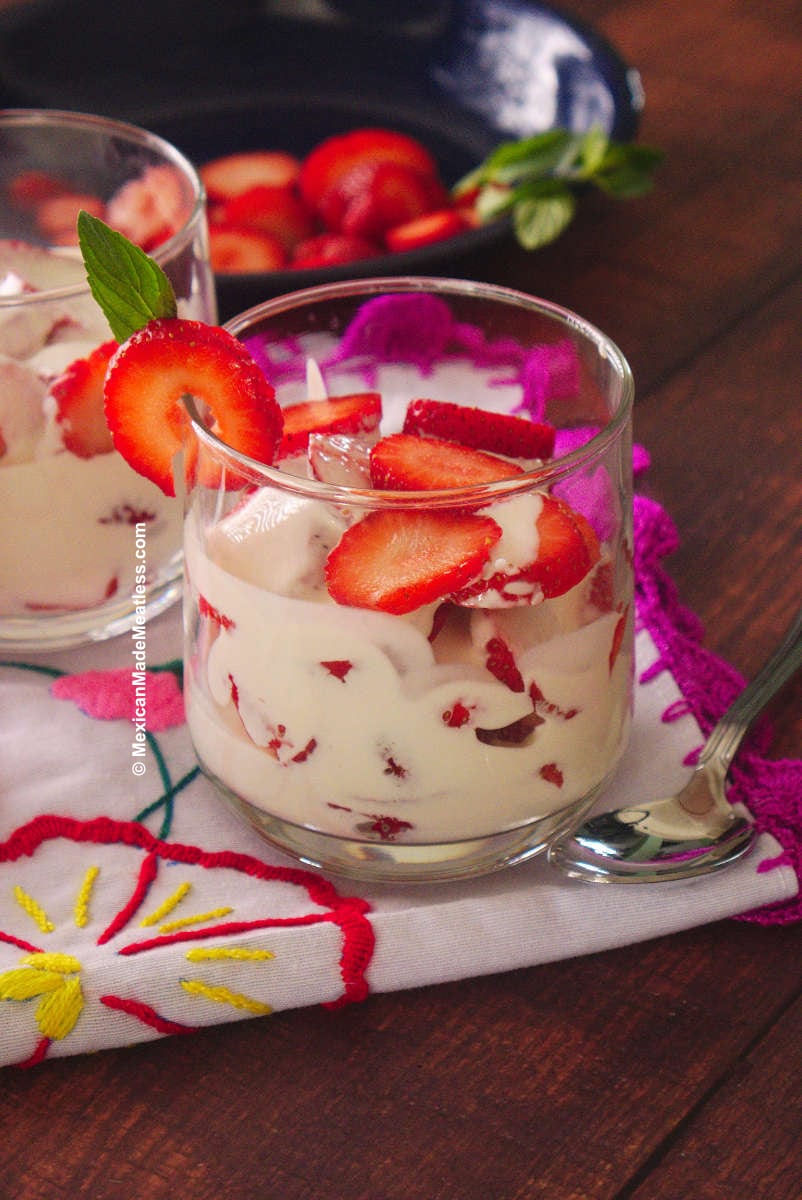 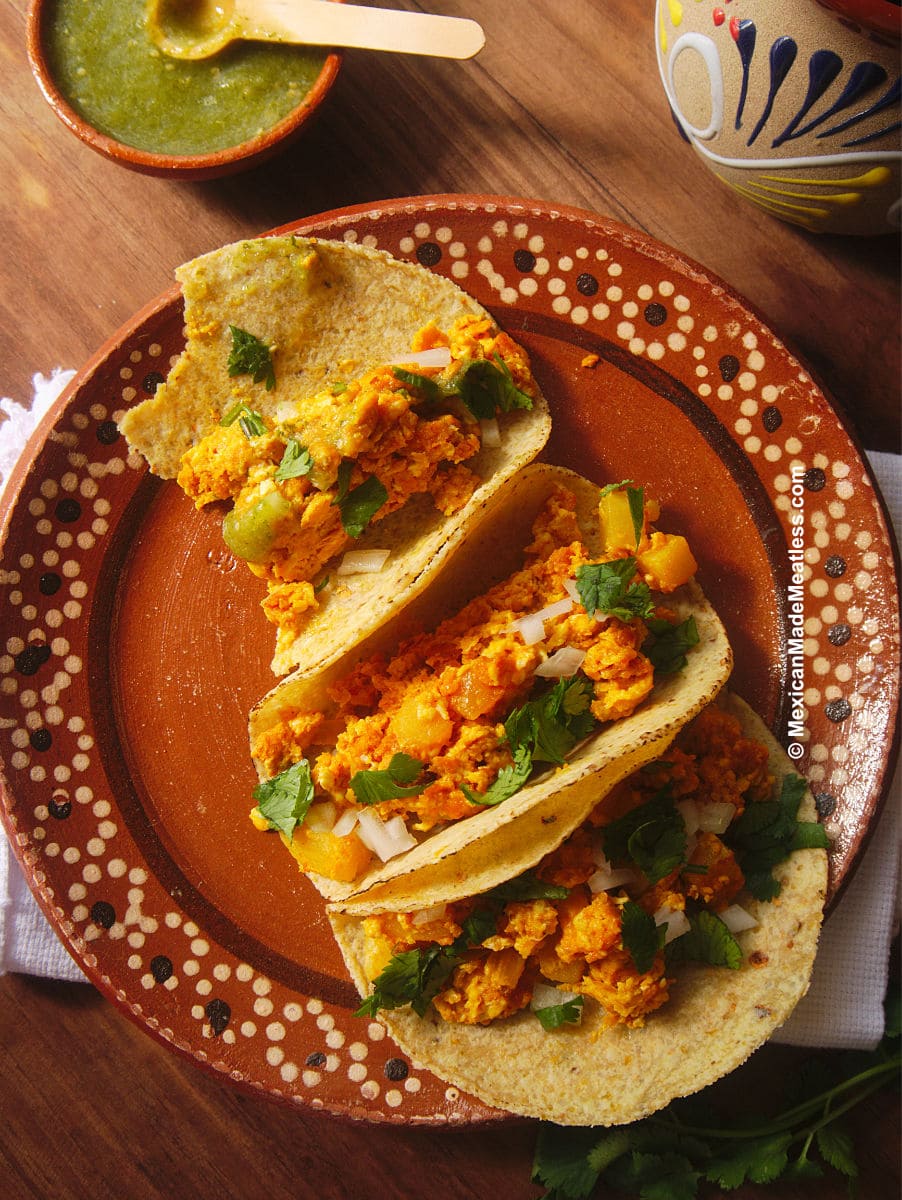 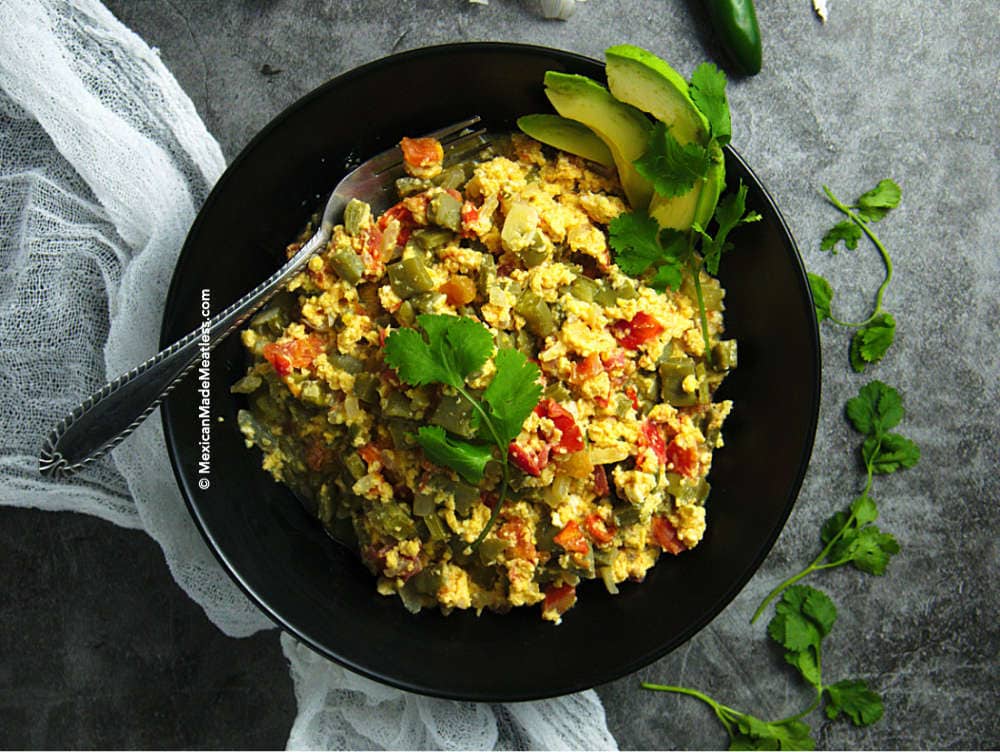 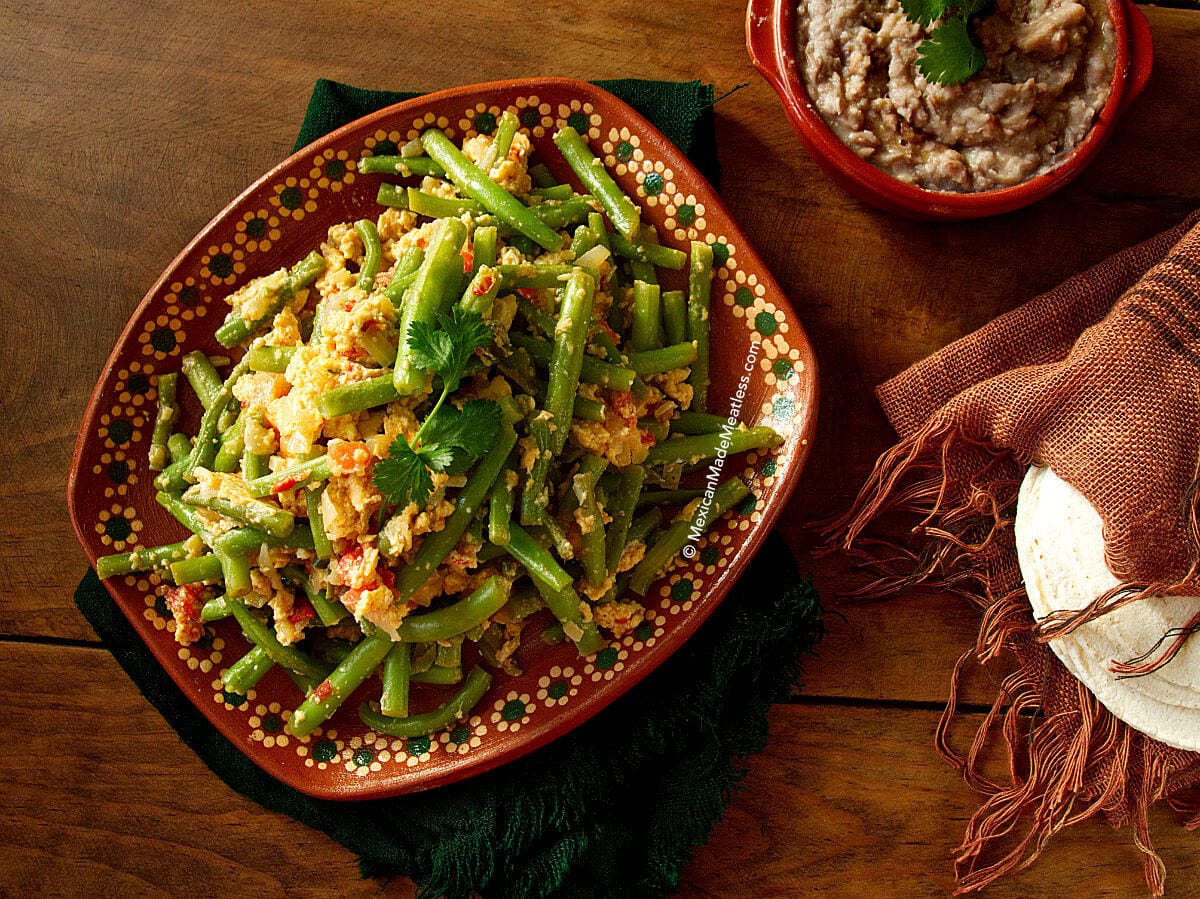 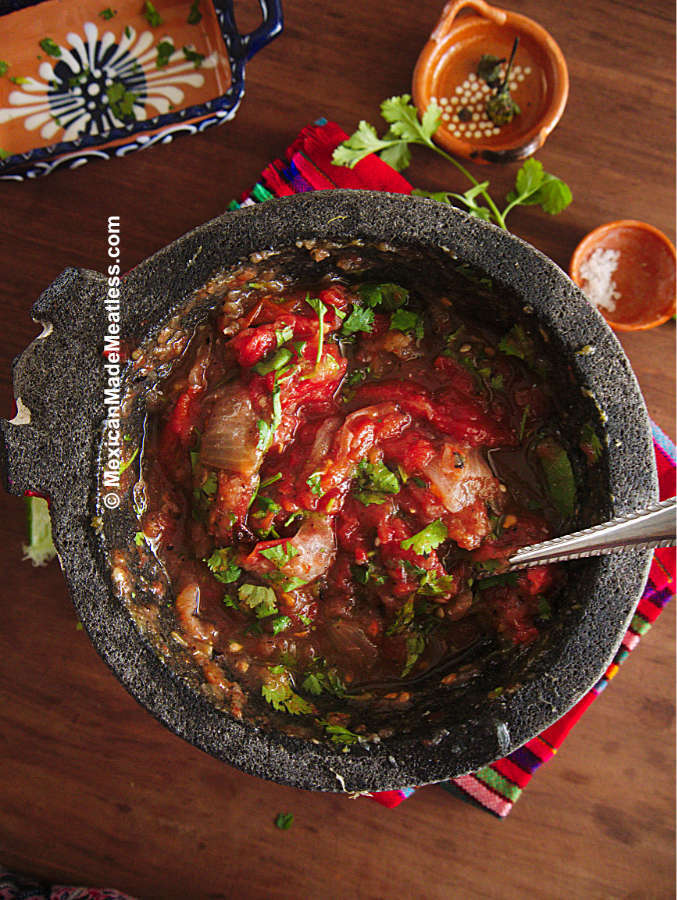 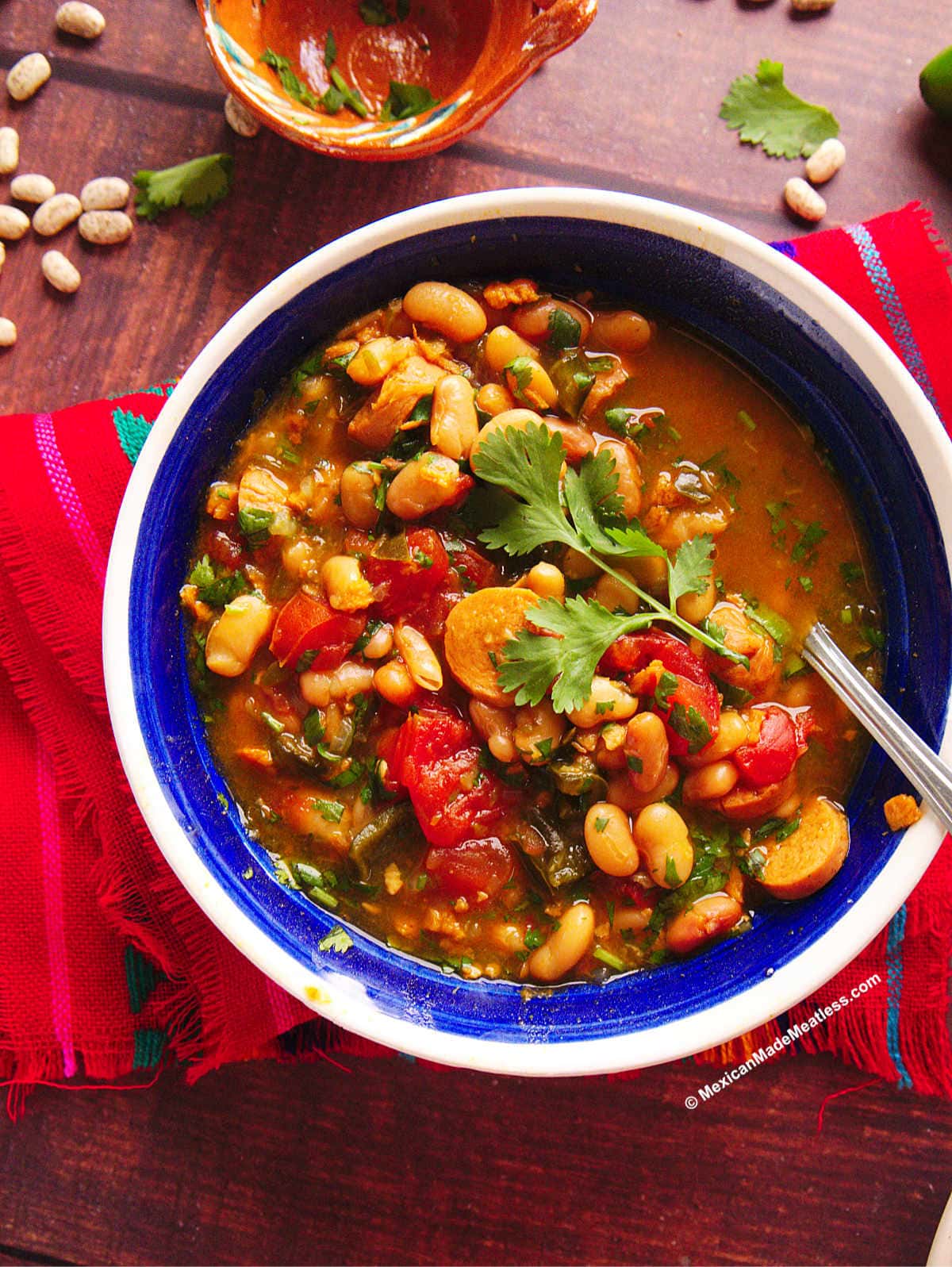