You are here: Home / Drinks / How to Make Strawberry Atole | Vegan Option Ask any Mexican what they feel or think of when they hear the word “atole”. They’ll surely tell you that it reminds them of the holiday season and cool and cold weather. This is because for Mexicans, atole is the quintessential drink of Christmas and as soon as there’s a chill in the air we go reaching for a warming cup of atole — though many people throughout Mexico also like to enjoy atole for breakfast or whenever they eat tamales.

Atole is a Pre-Hispanic drink of the Mesoamerican region which was traditionally made with a mixture of corn dough or masa (the same that’s used for making tortillas and tamales and many other foods important to the local diets), water, chiles and sweetened with honey. The Native people would drink it as an energizing drink to keep them full during their long laborious days.

There are many variations to this hearty drink and some are more traditional and others have more of a modern touch to the recipes. But typically an atole recipe consists of the masa being combined with water and any type of flavouring such as vanilla, cinnamon, fruits, nuts and seeds, edible flowers and tamarind pods. Atole is most commonly sweetened with either piloncillo or sugar or honey, and the amounts are always according to desired personal sweetness. Chocolate is another delicious flavouring for atole, but in this case it becomes known as champurrado.

Some other variations to atole recipe are using corn starch, rice or even oats in place of the corn masa. All of which are used to give this filling drink it’s thick consistency that, depending on which starch and how much of it is used, determine if the atole will be thick like a thick hot chocolate or have more of a porridge consistency.

Yet another starch that can be used in making atole is pinole, which is a toasted and sweetened corn meal, but we’ll discuss pinole more in depth another time.

Atole may also have milk added to it or it can be just water based or a mixture of both. All variations are delicious and it’s up to your personal taste. Do keep in mind too that the milk will also make for a thicker, creamier, richer atole. As you can see today I’m sharing a recipe for making strawberry atole or atole de fresa. I know strawberries aren’t really in season but I was really craving this flavour the night I made my atole. In fact this was a very late night, last minute kind of craving that I decided to photograph and share the recipe with you.

This will be the first of other atole recipes I’ll be sharing so make sure you’re subscribed to the newsletter or follow me on any of my social media profiles so you don’t miss out on the coming videos and recipes.

Ok amigos check out the recipe below and enjoy! Don’t forget to tag me on social media if you make the recipe.

Have a beautiful day, I’ll be back soon with another recipe. Hasta luego! 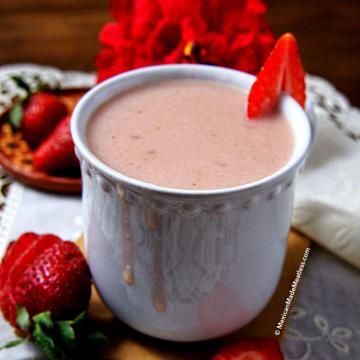 *Do check out our guava atole recipe. ** The baking soda is added to prevent the mixture from curdling the milk. It doesn't add any flavour to your atole.  *** If you'd like to make this vegan use thick, unflavoured and unsweetened almond or soy milk. 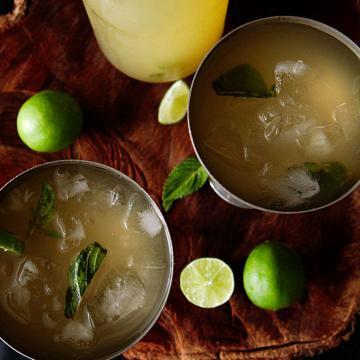 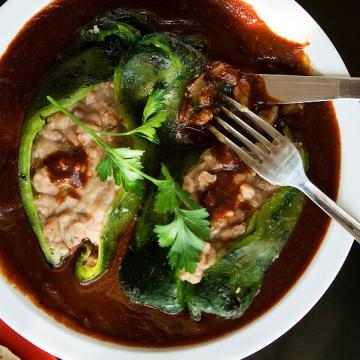 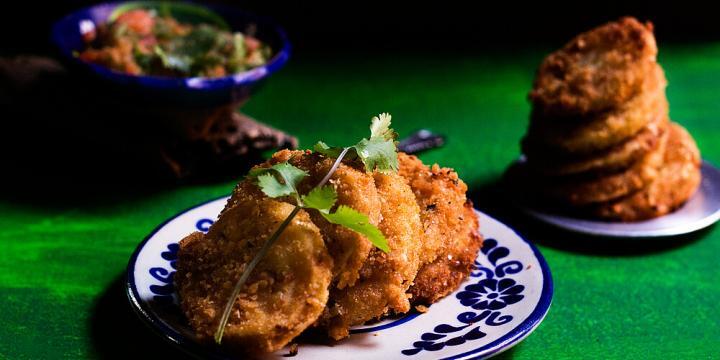 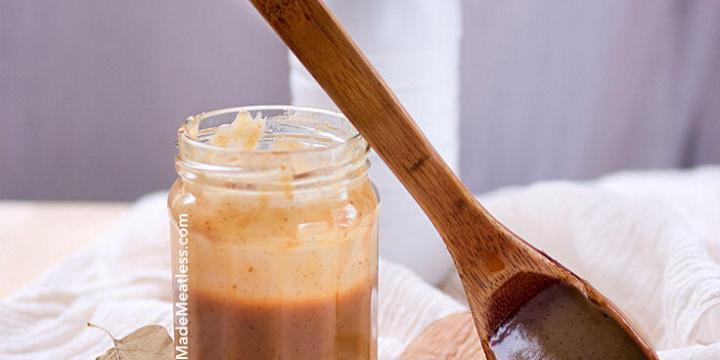 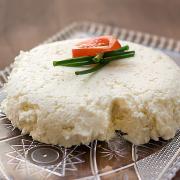 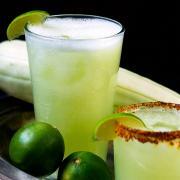 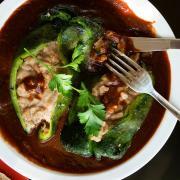